Humanity has a limited window in which it can hope to avoid the worst effects of climate change, according to climate report.

Limiting global warming to 1.5 °C above pre-industrial levels would be a herculean task, involving rapid, dramatic changes in how governments, industries and societies function, according to the Intergovernmental Panel on Climate Change (IPCC). But even though the world has already warmed by 1 °C, humanity has 10–30 more years than scientists previously thought in which to kick its carbon habit.

The world would have to curb its carbon emissions by at least 49% of 2017 levels by 2030 and then achieve carbon neutrality by 2050 to meet this target, according to a summary of the latest IPCC report, released on 8 October. The report draws on research conducted since nations unveiled the 2015 Paris climate agreement, which seeks to curb greenhouse-gas emissions and limit global temperature increase to between 1.5 and 2 °C.

The world is on track for around 3 degrees of warming by the end of the century if it doesn’t make major reductions in greenhouse-gas emissions. It could breach 1.5 °C some time between 2030 and 2052 if global warming continues at its current rate. 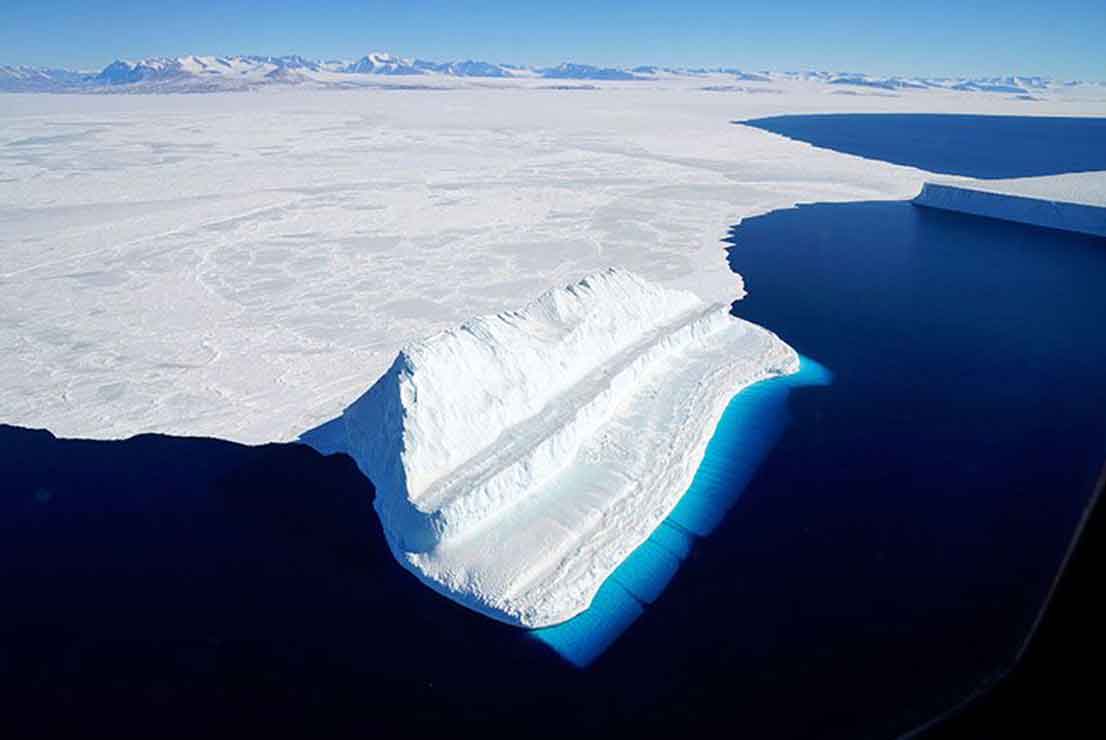 Glaciers and sea ice won’t be safe in a world that warms to 2 °C above pre-industrial levels.Credit: NASA/eyevine

A world of hurt

Scientists have “high confidence” that 1.5 °C of warming would result in a greater number of severe heat waves on land, especially in the tropics, the report says. They have “medium confidence” that there will be more extreme storms in areas such as high-elevation regions, eastern Asia and eastern North America. The risk of such severe weather would be even greater in a 2 °C world. Temperatures on extreme hot days in mid-latitudes could increase by 3 °C with 1.5 °C of global warming, versus 4 °C in a 2 °C world.

Two degrees of warming could destroy ecosystems on around 13% of the world’s land area, increasing the risk of extinction for many insects, plants and animals. Holding warming to 1.5 °C would reduce that risk by half.

The Arctic could experience ice-free summers once every decade or two in a 2 °C world, versus once in a century at 1.5 °C. Coral reefs would almost entirely disappear with 2 degrees of warming, with just 10–30% of existing reefs surviving at 1.5 °C.

Without aggressive action, the world could become an almost impossible place for most people to live in, says Ove Hoegh-Guldberg, director of the Global Change Institute at the University of Queensland in St Lucia, Australia. “As we go toward the end of the century, we have to get this right.”

Given that current national commitments on greenhouse-gas emissions fall well short of the goals laid out in the Paris climate agreement, many scientists have argued that meeting even the 2 °C goal is virtually impossible. But the IPCC report sidestepped questions of feasibility and focused instead on determining what governments, businesses and individuals would need to do to meet the 1.5 °C goal.

Measures include ramping up installation of renewable energy systems such as wind and solar power to provide 70–85% of the world’s electricity by 2050, and expanding forests to increase their capacity to pull carbon dioxide from the atmosphere.

Most scenarios in the report suggest that the world would still need to extract massive amounts of carbon from the atmosphere and pump it underground in the latter half of this century. The technology to do this is in the early stages of development and many researchers say it could be difficult to develop it for use on a global scale. 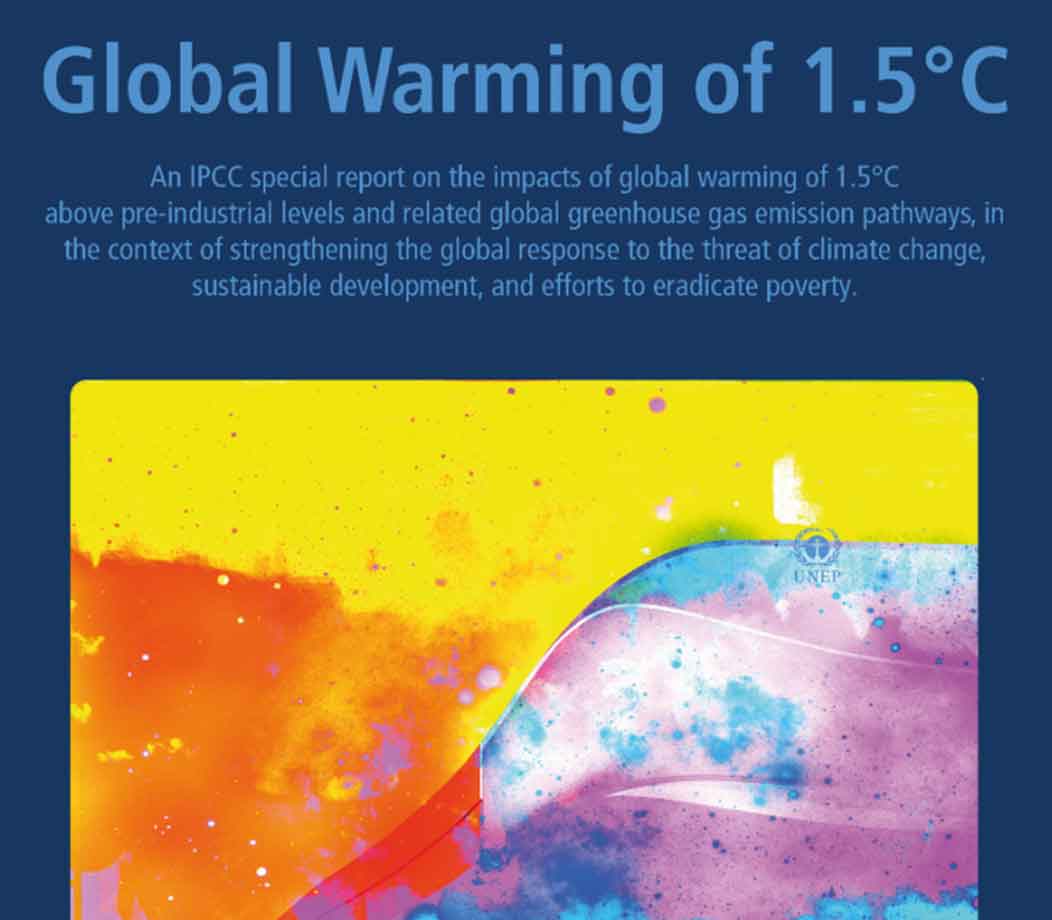 The IPCC report incorporates recent research suggesting that the amount of carbon that humanity can emit while limiting warming to 1.5 °C might be larger than previously thought. The previous IPCC assessment, released in 2014, estimated that the world would breach 1.5 °C by the early 2020s at the current rate of emissions. The latest report extends that timeline to 2030 or 2040 on the basis of studies1 that revised the amount of warming that has already occurred.

“Every extra tonne of carbon that we dump into the atmosphere today is a tonne that will have to be scrubbed out at the end of the century,” says Myles Allen, a climate scientist at the University of Oxford, UK, and one of the lead authors of the report.

“I think we need to start a debate about who is going to pay for it, and whether it’s right for the fossil-fuel industry and its customers to be enjoying the benefits today and expecting the next generation to pay for cleaning it up,” Allen says.

But scientists have only “medium confidence” in the revised carbon budgets, says Thomas Stocker, a climate scientist at the University of Bern in Switzerland. He says that researchers will provide a more comprehensive look at the numbers in the next full climate assessment, which is scheduled to be released in 2021.

In the meantime, the newer and larger carbon budget could send the wrong message to policymakers, says Oliver Geden, a social scientist and visiting fellow at the Max Planck Institute for Meteorology in Hamburg, Germany. He fears that the IPCC report undersells the difficulty of achieving the 1.5 °C goal. “It’s always five minutes to midnight, and that is highly problematic,” he says. “Policymakers get used to it, and they think there’s always a way out.”